This is overdue and long, so if you do not want to read it all, here is the short version:
Merry Christmas and an Invaded New year!

NO, that is not a typo. I said INVADED.
Want to know why?
Read on! 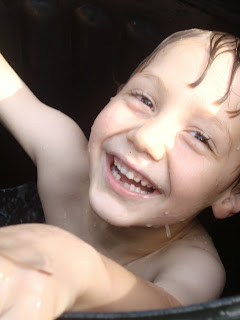 It has been a while...because aliens invaded our household. Though I'm the one bearing the title of Resident Alien on my legal documents, let me just be clear here: I'm not it. The US government has not seen the likes of this. They will change my title promptly should they investigate. Here's part of the proof: Pieter attempting extraterrestrial communication.
(Warning: do not try this at home. Seizures may occur. Or worse: aliens may respond!) 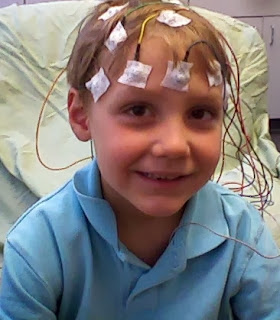 Apparently totally unrelated to (but suspiciously concurrent with) the incident above, every dormant alien quality possessed by Adam's offspring have been amplified in the occupants of planet Murph. Hence Eve's silence in blogland. Alien antics are keeping her quite occupied.


And as if simply living with aliens is not enough, we acquired a resident (alien) President as well. 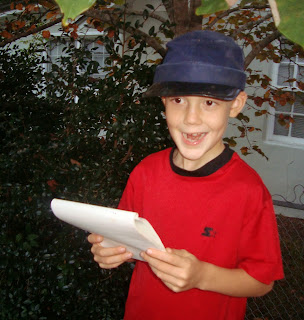 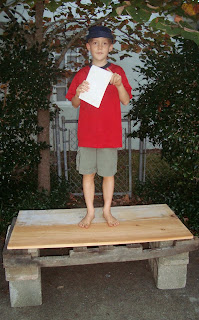 After a backyard election (which included all the appropriate lobbying, promises and corruption),  Neels was sworn in as the first ever Planet Murph president, complete with oath, speech  and... an assassination attempt a mere 30 minutes into his presidency. Whether it was his abscessed tooth that pushed Martin to consider such measures or whether it was the unfulfillable, rashly made promises of the president elect that annoyed him greatly, we knowest not. The press still finds it (not) hard to believe that such a dimpled smile can have such vicious ambitions. 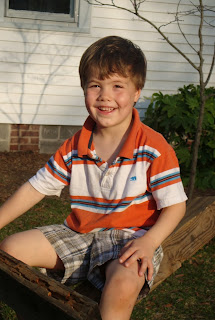 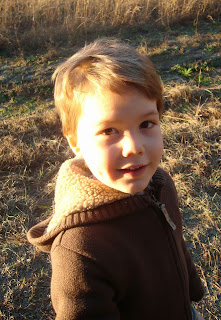 But never fear when a first-born police man is near. Devan saved the day by discovering, dismantling, disassembling, and dissolving the person... ahhh....the plot. This swift action left the assassinator even more disgruntled than before, but he must have had some change of heart (or maybe it was the change of tooth?)  for our president and self appointed head-of-police are still both alive and well... 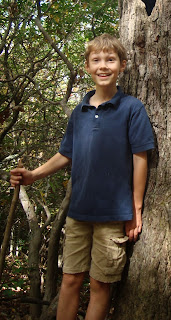 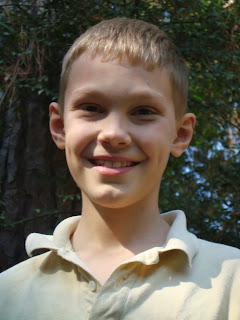 I have nothing to tell you about The Fritz. Bless his heart. Apart from NEVER putting his shoes away, and NEVER knowing where they are when we need them most, and ALWAYS getting them on the wrong feet, (I mean really, two feet, two shoes - you would think statistically he could get them on the correct foot at least 50% of the time, right? WRONG!) he does not make waves - except for the waves on his head, but we like those.  However, his (not so) loving roommates are making some wild accusations about him being central to much of the trouble and annoyance in the Presidential Saga. 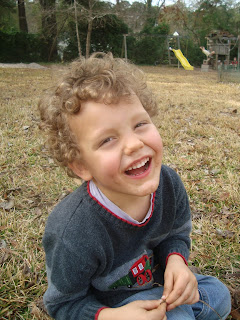 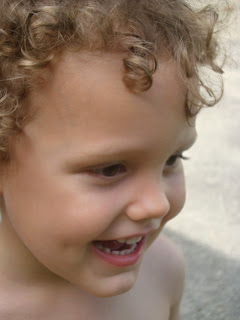 ON a more peaceful note: Leif made it into the manger. 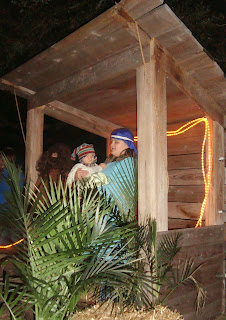 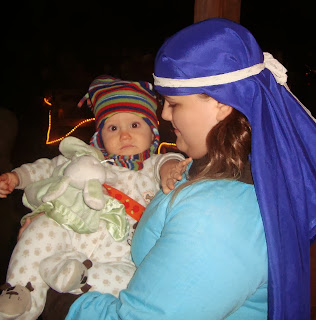 He was chosen to be Baby Jesus not because he is holier than any of the other little boys his age (quite the contrary - he seems to be particularly unholy at 02:17 am) but he just happened to be immobile, small enough yet not too small, AND comes with 5 angelic brothers - which boosted numbers for the angel choir during our church's annual Living Nativity.

(May I just confidentially share that exactly ONE of these angels actually sang. The rest excelled in perfecting their frowns... except for that darkly hooded angel who lurked in the shadows and swung on the rails. He managed to thoroughly enjoy himself notwithstanding his un-angelic non-participation.)

But despite (or maybe because of) local presidential drama and alien invasions, we pause to reflect and celebrate a very real and welcome invasion of a different sort. The Invasion that C.S. Lewis describes in Mere Christianity:
(Ok, I know this is the umpteenth time I share this... but it is good, so go ahead, read it again:-)


“.. the story of how the rightful king has landed,
you might say landed in disguise,
and is calling us all to take part in a great campaign of sabotage.”

Indeed a sabotage of status quo leading to
shalom


"We call it peace, but it means far more than mere peace of mind or a cease-fire between enemies...
shalom means
universal flourishing,
wholeness and delight-
a rich state of affairs
...
A state of affairs that inspires
joyful wonder
as its Creator and Savior opens doors and
welcomes the creatures in whom he delights.
Shalom, in other words, is the way things ought to be."
~Cornelius Plantinga, Not The Way Its Supposed To Be

That's why we wish you
a
Merry Christmas 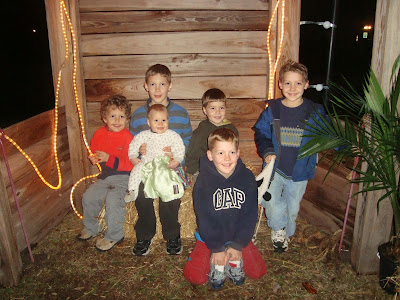 and an
invaded New Year! 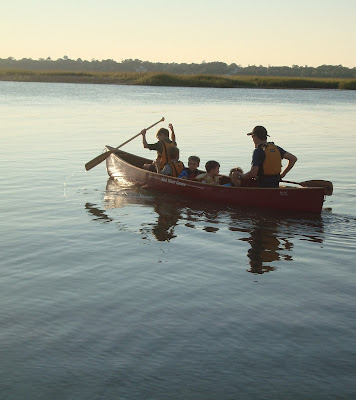 Make my day: add to my therapy with your words:-)

A collection of whirling thoughts and things as they emerge in the world of a family with 6 boys. (If you count the Tribal Chief -and some days he is countable- that makes 7 boys.) And then there is The Queen incognito. Being of different fiber, opinion and emotional assembly than those occupying her castle, she needs therapy as she processes the mammoth task enveloping her: To Keep The Tribe Alive While Pointing Them Towards The Master. Words have great therapeutic potential. So does laughter. Hence, when crazy, cute or comic happens and her pen is able to embrace the moment, she "words it down". Right here. May sanity be hers.